Apparently there is a new series on TV called Breaking Amish. But I am sure you already knew that. Anyone who has been following my show, or anything Amish in general, has probably heard of it. Today I will answer, to the best of my ability, the top five ‘trending’ Amish questions—questions sent to me through my website ‘contact’ form.

So, ‘have I been watching the show?’ No, I have not. I don’t know any of the cast, or any of the production team. Besides that, I grew up Amish. The Amish don’t captivate me like they do those who know almost nothing about the lifestyle.

With the sender’s permission, I decided to copy and paste a few of the most recent, then let you, the reader, decide. The emails I chose weren’t specific to any particular agenda, but rather, the first two I clicked on this morning.

I think you are an unusually kind and very sincere person. In addition, you are a very frank and eloquent person of speech and demeanor. Likewise, you set a remarkable loving and domestic hard-working and religious lifestyle, which is beyond a doubt, a fervent example to your many Ex-Amish friends and cohorts who simply endeavor to attain the same. However, if I may have this privilege, I would like to take this time and opportunity to state to you what I think of the supposedly "Ex-Amish Heathens," who go by the TV title of "Breaking Amish/Shunning Truth;"
those of whom will present themselves tonight on Cable (Chanel 55) at 9:00 p. m. These people in question are undoing all of the good that you have done and continue to strive to do, and are blasphemously portraying the Amish in a totally different limelight than what I, and others, believe the Amish to be as follows:

Whom do these people think they are?

Their conduct, posture, language, speech, and attitude about life in general, is reprehensible! I know of no other TV show where people are paid to curse in front of the whole world, talk about their sex lives, and to ridicule the Host who interviews them. This is the type of cheap nonsense that the Amish does not want, and yes, I agree to a certain extent with the Amish culture: If going to New York makes that big of a change in a once great society and culture such as the Amish, then yes, cavorting with such a drastic change in lifestyle apparently will lead all of them to the devil because they do not have the kind of hurtful background to handle it! The whole idea of these people having gone to New York was simply too much for them. They don't know how to handle the confusion, hatefulness, sin, greed, lust,(and anything else that can be thought of), that exists within the English world. Thus far, these people have only cheapened themselves trying to be something they are not, and have nothing to offer themselves much-less anyone else, as far as prospering in any way.

Your very own program, Mose, is educational and reaches my heart as you continually strive to figure everything out, that is, what is good for you, what is good for your family, what is good for your friends, where do you go from here, etcetera. The people who will be on Channel 55 tonight at 9:00 p. m. have no class, no manners or respect whatsoever, nor no sense of protocol. Consequently, they have turned themselves into much of the same kind of trash that decent people, bash. All of these idiots seem to think that they are so important to the world that when they face the cameras, it is alright for them to curse and slouch within their seats as if they were in a tavern rather than in an establishment where they are getting paid to set such a vile example of their culture to the world. The English world can only hope to disrespect them such as I do.
In the English world, the girl model who will be on TV tonight can only hope to end-up being used and abused by those people whom she has no insight as to how same will eventually use and abuse her. This is the kind of world she wants, but yet has no idea of how sordid it really is. The Italian girl needs to clean up her act, be a lady, further her education, and forget about boyfriends until she is educationally and financially able to take care of herself. Rebecca, the newly married girl, is totally ignorant. The guy she married would have been alright, but once he married Rebecca, he has become totally ignorant also. He very abruptly stated on TV last Sunday to the Host, (that is, when the Host asked him where he went to when leaving the camera's eye for a moment, that, "He had to take a pizz!" How ridiculous is that? Nobody talks like that on a family show! The guy who learned how to drive a cab is probably the one who has the most common sense, but he would be better off stress-wise, educationally, and financially, and have a better life, living on the farm which he would inherit one day.

While I enjoy sharing your many visions, Mose, if I can find out where to voice my opinion with reference to TV, I would like to see Breaking Amish/The Shunning Truth, be removed from any further viewing. It is destructive socially as well as morally.

Whether the views mentioned above are true or false, again, I haven’t watched the show.

An email from another viewer with a completely different opinion. Who is right and who is wrong? Or, as is often the case, is there a middle ground?

Hi Mose, It upsets me what people are saying over at the Facebook Breaking Amish page. People are saying everything was a lie and fake. I feel and believe that whatever they (the cast) said was the truth and I love them and love to learn about the Amish. It really breaks my heart that people can be filled with so much hate out there in the world!!! I also watched Amish out of order and loved it!!! If I had it my way I would live Amish!! LOL!!

Finally, when people tell me how fake the show is, or how exploitative, controversial, untruthful, or any of the other comments I have received, don't be offended when I don't respond or participate in the conversation. After all, I chose not to be a part of it, so who am I to have an opinion on it…

Until next time... Bleib in da eng und schmal veg. (Stay on the straight and narrow road) 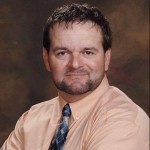